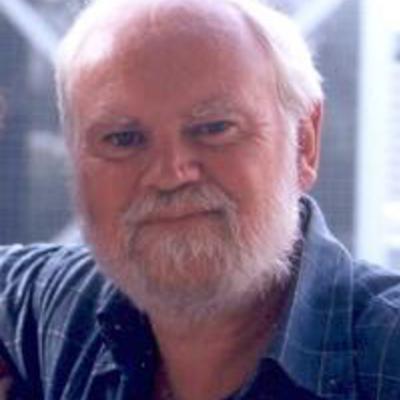 I first became aware of The Observer when I met Bill Budenberg at the BPS Developmental Conference in 1996. At the time I was working on videos of childrens gaze when crossing roads. In 2002 I launched into a major observational study of metacognition and self-regulation in young children aged 3-5 years (the C.Ind.Le study). I was looking for a way of systematically analyzing well over a hundred hours of video we had collected showing young children engaging in metacognitive and self-regulatory behaviours, at a time when the established orthodoxy was that these capabilities did not emerge until middle childhood.
I managed to persuade the Faculty to buy one Observer 5 licence and it quickly became clear that here was a tool which would enable us to carry out detailed analyses of behaviour in young children, including verbal and, crucially, non-verbal indicators of these early abilities. We have published numerous papers over the last 6-7 years based on the analysis of this data carried out with The Observer. Upgraded versions of the software (Observer 7 and 9) have subsequently been used in a follow-up study validating an observational instrument developed within this work (the CHILD, or Children’s Independent Learning Development, instrument) which has now been used by researchers in the US and in 5 European countries. We have just completed a study in UK Year 1 classrooms looking at an intervention, intended to support self-regulation in the 5-6 age group. The Observer has been used here to analyse classroom interactions and children’s individual performance on a problem-solving task. A colleague from Spain is currently using The Observer to analyse behaviour in 1-2 year old toddlers, so that we can extend the observational instrument into this younger age-group.
In the same period I have had 8 Ph.D students who have carried out observational studies of a wide range of issues related to early self-regulation, including parent-child interactions, groupwork in Primary science classrooms, 4-8 year olds strategies for dealing with emotional challenges in classrooms, young children with motor learning and general learning difficulties and, latterly, the role of ‘private speech’ in the early development of metacognitive and self-regulatory abilities, in children with autism and in typically developing children engaged in constructive play (jointly funded by LEGO). This last area of enquiry has led us to an interest in the use of the THEME software, which we are about to purchase.
David Whitebread
Below are a few publications arising from some of these studies.
Some published papers arising from research studies which have used the Observer for observational coding
Whitebread, D., Bingham, S., Grau, V., Pino Pasternak, D. & Sangster, C. (2007) Development of Metacognition and Self-Regulated Learning in Young Children: the role of collaborative and peer-assisted learning, Journal of Cognitive Education and Psychology, 6, 433-55
Whitebread, D., Coltman, P., Pino Pasternak, D., Sangster, C., Grau, V., Bingham, S., Almeqdad, Q. & Demetriou, D. (2009) The development of two observational tools for assessing metacognition and self-regulated learning in young children, Metacognition and Learning, 4(1), 63-85
Pino Pasternak, D., Whitebread, D. & Tolmie, A. (2010) A multi-dimensional analysis of parent-child interactions during academic tasks and their impact on children's self-regulated learning, Cognition and Instruction, 28 (3), 219-272.
Whitebread, D., Almeqdad, Q., Bryce, D., Demetriou, D., Grau, V. & Sangster, C. (2010) Metacognition in young children: current methodological and theoretical developments. In A. Efklides & P. Misailidi (eds) Trends and Prospects in Metacognition Research. New York: Springer.
Sangster Jokic, C. & Whitebread, D. (2011) The role of self-regulatory and metacognitive competence in the motor performance difficulties of children with developmental coordination disorder: A theoretical and empirical review. Educational Psychology Review, 23, 75-98
Whitebread, D. & Grau Cardenas, V. (in press) Self-regulated learning and conceptual development in young children: the development of biological understanding. In A. Zohar & Y.J. Dori (eds). Metacognition in Science Education: Trends in current research. New York: Springer
Whitebread, D. & Pino Pasternak, D. (in press) Video analysis of self-regulated learning in social and naturalistic contexts: The case of preschool and primary school children. In Volet, S. & Vaurus, M. (Eds)  Interpersonal Regulation of Learning and Motivation: Methodological Advances.
Colleagues whom you could contact
The following colleagues are known to me and carry out observational studies with young children. They might well be worth contacting with a view to looking at the Observer as an analytic tool
Deborah Pino Pasternak,  School of Education, Murdoch University, Perth, Australia.    D.Pinopasternak@murdoch.edu.au
Donna Bryce, Anna Freud Centre, University College, London donna.bryce@annafreud.org
Prof. Marja Vaurus,Centre for Learning Research and Department of Teacher Education, University of Turku, Finland. Marja.vaurus@utu.fi
Justine Howard, Centre for Children and Young Peoples Health and Well Being, Human and Health Sciences, Swansea University. j.l.howard@swansea.ac.uk
Valeska Grau, Dept of Psychology, Catholic University of Chile, Santiago, Chile. vgrau@uc.cl